Chris Eckert telling the story of how Tony Kooyumjian called Eckert's looking for fresh peaches to make a peach wine for Montelle Winery. 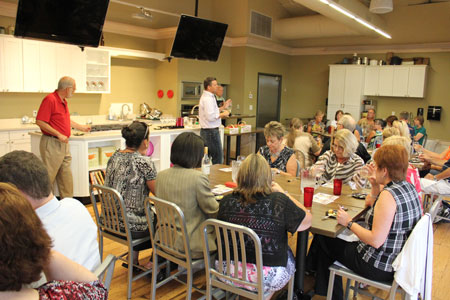