The 21st Indy International Wine Competition 2012 was held August 1-3 at Purdue University in West Lafayette, Indiana.  More than 2,500 wines from 41 states and 12 countries were judged by a panel of 48 judges from 19 states and Canada.   Fourteen of the judges were women.   The surprise winner of the Wine of  The Year Award went to River City Winery of New Albany for its 2011 Vignoles.  This is the first wine made from hybrid grapes ever to win the Indy International. 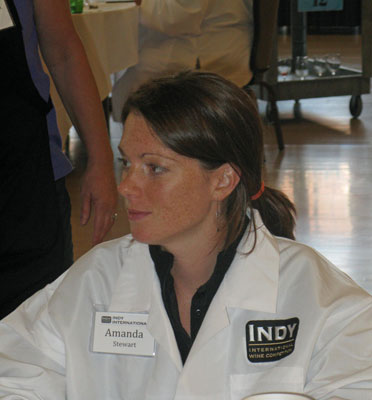